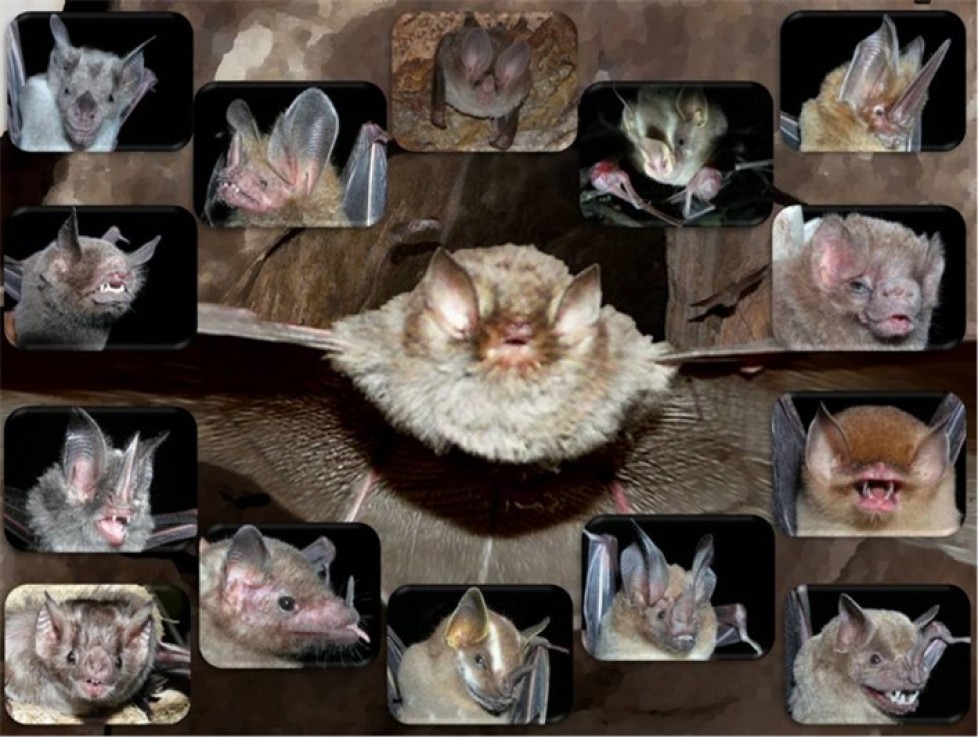 Bats are one of the most unfairly treated animals due to legends and myths, especially those related to vampires. However they provide multiple environmental services, such as pollination, plant propagule dispersion and insect control, being extremely important to the ecological balance. They belong to the Chiroptera order, whose main feature are hands (chiro) transformed into wings (ptero), being the only mammals capable of  true flight. There are over 1,200 species of bats all over the world, and about 170 species are from Brazil, distributed in nine families: Emballonuridae, Noctilionidae, Molossidae, Thyropteridae, Furipteridae, Natalidae, Phyllostomidae, Vespertilionidae and Molossidae. Some species use these sites (caves) preferentially as daytime shelter, for example, Natalus stramineus; Furipterus horrens; Lonchophylla dekeyseri; Peropteryx macrotis; those from Pteronotus genus, among others. However, others use caves in a strategic manner, which seems to be the case with Artibeus planirostris, in the Caatinga biome areas. Only three bats species feed on blood, and about 70% of them are insectivorous. The others ingest fruit, nectar, pollen, leaves, and there are even carnivores that consume small vertebrates such as amphibians, rodents, marsupials, and even other bat species. They use a infinity of shelters such as foliage, hollow trees, termite mounds, cracks in rocks, anthropogenic structures, however, one of the most representative are the caves. Echolocation, another characteristic of bats (Microchiroptera), has favored the success of this group in the use of caves as permanent shelter, being considered one of the few vertebrates to efficiently explore these sites. In subterranean environment, the order Chiroptera provides a little remembered environmental service, which is the energy input, depositing guano and carcasses inside caves. This organic matter, especially in dry caves, maintains an entire trophic web composed mainly of invertebrates, including troglobitic organisms.