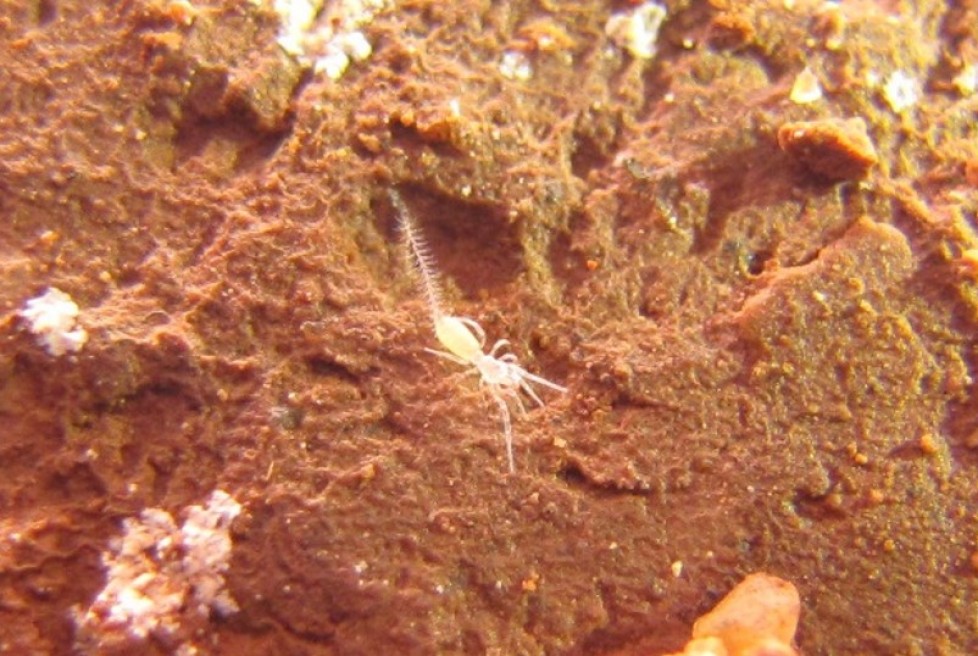 Palpigradi are arachnids with reduced body size, 2 mm in average length. They have no eyes, are depigmented, have the first pair of legs similar to antennae, and an articulable flagellum at the end of the abdomen. They are important elements of the soil fauna, occupying interstitial spaces up to a meter deep. On the surface they are found under rocks, leaves and decaying trunks. Caves are also habitats often occupied by palpigrades. There are currently 93 described species distributed in two families: Eukoeneniidae with four genera (Eukoenenia, Leptokoenenia, Allokoenenia and Koeneniodes) and Prokoeneniidae with two genera (Prokoenenia and Triadokoenenia). Most studies on these arachnids include new species descriptions and external morphology studies, phenology and vertical distribution in the soil. Due to their small size and extreme fragility, little is known about the biological, behavioral and ecological aspects of the group. This order is represented by ten species in Brazil, that occur in the states of Amazonas, Rio de Janeiro, Pará, Rio Grande do Norte, Espirito Santo and Minas Gerais. Eight of theese species were found in caves, four of which are troglobite. The morphological adaptations to the cave environment of this group consist primarily of an increase in body size, appendage elongation and the increase in the number of sensory receptors. Although only ten species are formally described in the country, there is a large number of new species deposited in Brazilian collections, many of which are in the description process.