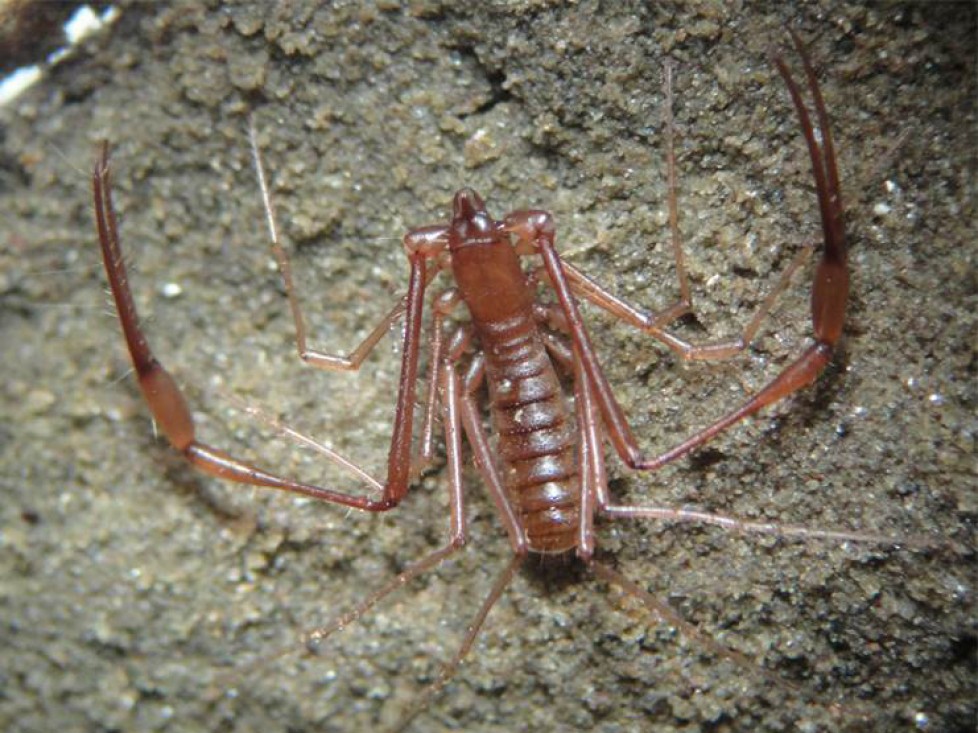 Pseudoscorpions are tiny predators (< 1cm) that feed on small arthropods. This arachnid order represents one of the oldest lineages of terrestrial organisms with fossil records from Middle Devonian (380 M.a) sediments from Gilboa, New York, USA. They are very rare as fossils due to their small size and light sclerotization of the cuticle. The vast majority of the fossil data came from Tertiary ambers of various ages and all are attributed to modern families.

The order is represented by approximately 3400 species placed in 439 genera and 25 families. Most species possess a venom apparatus in the chelal fingers, which was primarily used to discriminate the two suborders: Iocheirata (poison hands) for those species with venom glands, and Epiocheirata (gentle hands) for the species lacking venom apparatus. The order is clearly monophyletic supported by several apomorphies, and it shows some characteristics that are unique to the group: presence of silk glands and serrula interior-exterior on the cheliceral fingers. The phylogenetic relationship between the group’s main lineages has not been extensively studied and rare hypothesis investigated.

In Brazil, there are approximately 180 known species of pseudoscorpions distributed in 14 families and 62 genera. Pseudoscorpions can be found in many different environments such as tree trunks, leaf litter, soil, and also in caves. Several species of these tiny arachnids exhibit adaptations to the subterranean environment and some species are classified as troglobites (species restricted to subterranean environments). In Brazilian caves, we commonly find representatives of the families: Chernetidae, Chthoniidae, Olpiidae e Ideoroncidae. The following species: Spelaeobochica iuiu; Spelaeobochica muchmorei (family Bochicidae); Ideoroncus cavicola (Ideoroncidae) and Pseudochthonius strinatii (Chthoniidae) are examples of species with adaptations to the subterranean habitat and found in caves in Brazil.