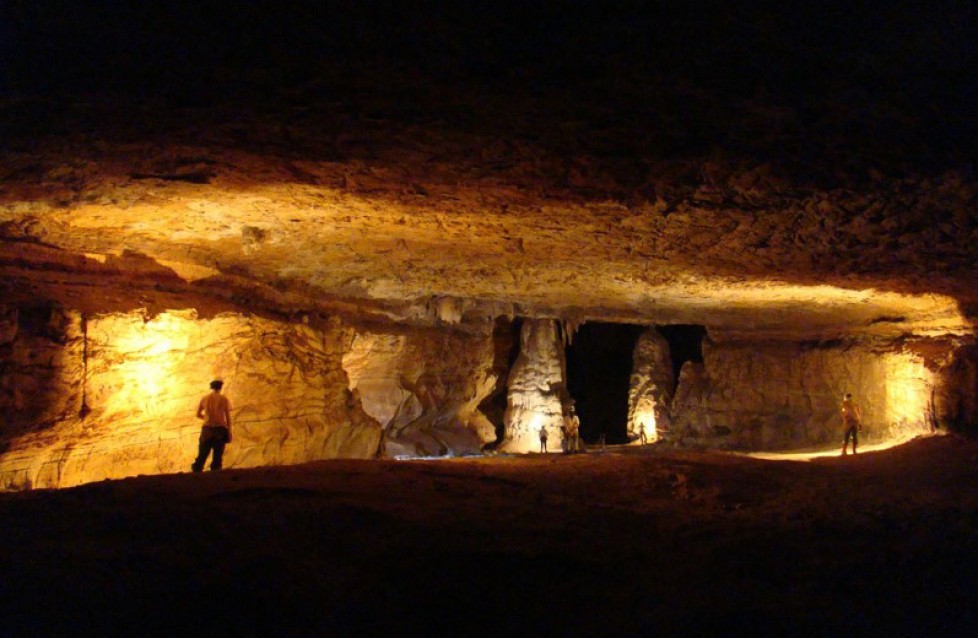 Lapa Nova is a dolomitic cave which is located in Vazante, Minas Gerais. It is a cave of considerable dimensions, with 4.5 km, occupying a prominent position of the major Brazilian caves, in 35th place. It has tourist-religious use, through which thousands of tourists visit the cave during the Feast in Honor of Our Lady of Lapa. The invertebrate fauna associated with this cave proved to be quite rich, being represented by 218 species. Richness and diversity decrease considerably from the rainy period to the dry. The complexity is higher in the dry season, ranging from 14.3 to 16.9, reaching levels never before recorded in Brazilian caves. Variations occurring in the community in function of its tourist / religious use were also sampled. Populations residing in areas of intense visitation undergo changes in their distribution after the Feast in Honor of Our Lady of Lapa. They dislocate to sites peripheral to the visited area, which act as invertebrate refuges. From these results, we proposed the use of a suitable cave  management plan. This basically consiste of the definition of a pathway route for tourists, isolating areas of high population high density. Special attention to sites of troglobitic species and brown spider (Loxosceles variegata)occurrence, species of medical importance, was given. A different sampling methodology for a large guano deposit was also proposed. Physicochemical paramaters of the guano (pH, moisture, organic matter, nitrogen and phosphorus) were correlated with biotic variables. Moisture was the parameter that most influenced the distribution patterns and number of individuals of the most abundant species. Finally, we created a representation of a trophic web of the most abundant species in the guano, based on literature data, correlation between species, preference for microhabitats and population abundance proportions.