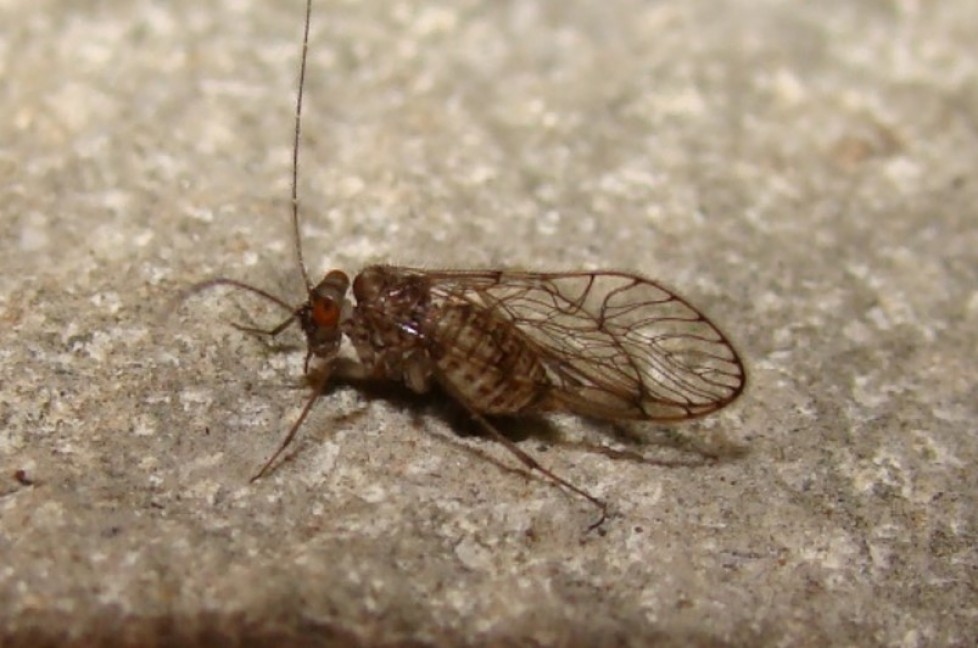 Psocoptera has worldwide distribution but there are still few studies on the ecology and distribution of the species of this insect order. So far there is no specific work that addresses the relationship of these insects with the Brazilian cave environment. This study aimed to elucidate relationships of richness and distribution of families and genera of Psocoptera in Brazilian caves, influenced by variations in the lithology of the caves and in the biomes in which they are inserted. To this end, 192 caves were used in 70 municipalities of fifteen Brazilian states, inserted in the Caatinga, Cerrado and Atlantic Forest biomes. 148 species belonging to 38 genera, distributed in 21 families were found. The Prionoglarididae and Trichopsocidae families were recorded for the first time in Brazil, and sixteen genera of other families also had their first registration in the country. Eleven genera and 29 families had their first report of ocurrance in caves. Fortunately, in addition to these records, a new genus (belonging to Prionoglarididae) and 21 new species (belonging to Prionoglarididae and Psyllipsocidae) were found. These insects were collected throughout the whole extension of the caves, but the vast majority were found near the entrances, which may be important components of para-epigean communities. Most caves studied are formed in limestone, predominantly located in the Cerrado biome. The rock type and biome did not influence the richness of Psocids found. Although the Brazilian cave fauna has been studied for several decades, this study is pioneering in elucidating families and genera of Psocoptera associated with cave environments in the country. Therefore, the information presented constitutes important records of organisms of that order, not only in Brazilian caves, but also in the country.