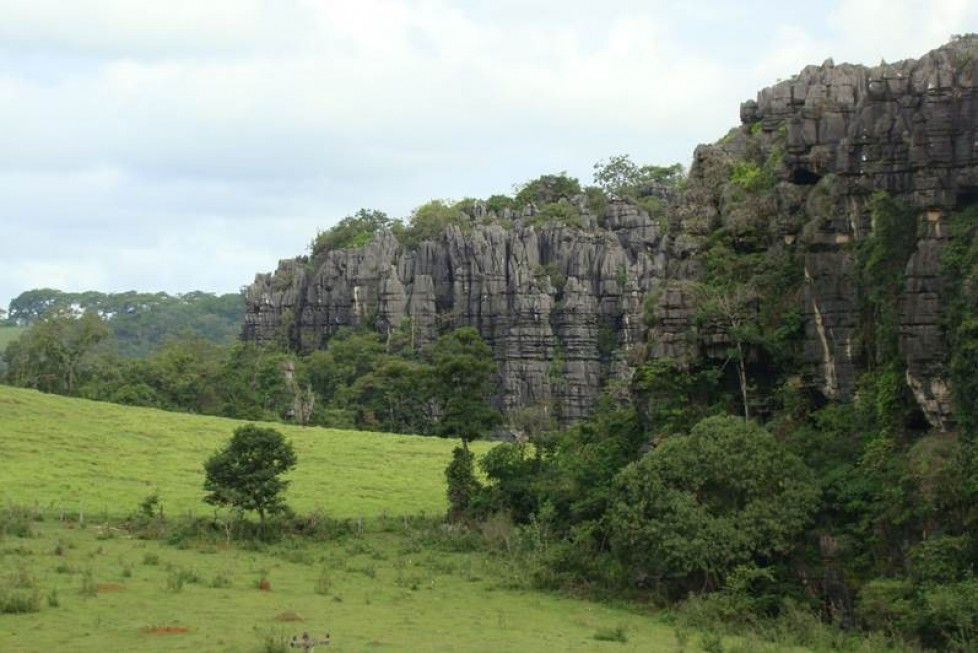 It is estimated that Brazilian karst areas account for about 200 thousand km2. Minas Gerais is the Brazilian state with the largest number of caves and karstic region of Arcos, Pains and Doresópolis, in the center-west of the state, has the highest concentration of  natural cavities in the country with 1,200 registered caves. However, since the 1960s, this region became the focus of investments by the mining industry and currently is one of the main Brazilian examples of conflicts between the preservation of speleological heritage and environmental impacts of mining. During the 1990s, the Brazilian Institute of Environment and Renewable Natural Resources (IBAMA) and the State Environmental Foundation (FEAM) intensified their actions in the region. But it was only during the last decade that this area began to receive greater attention from environmental agencies. So many environmental problems even aroused the attention of the of  the Mining Related Conflict Management Group (GESCOM) of the Ministry of the Environment, the United Nations (UN) and the United Nations Program for Development (UNDP). Such bodies have fostered discussions on issues of sustainable development, as well as workshops to identify priority areas for implementation of conservation units in the region. Thus, efforts to strengthen environmental agencies responsible for the licensing of economic enterprises in the region are key, as well as work aimed at understanding the cave biodiversity patterns that enable planning conservation actions in order to define representative biological areas. Given the importance of this region in the national context and the imminent existing anthropogenic pressures, this dissertation  aimed to support priority actions for the conservation of regional cave biodiversity from the definition of priority areas for conservation and also represents the largest biospeleological survey ever performed in a single Brazilian karstic area.