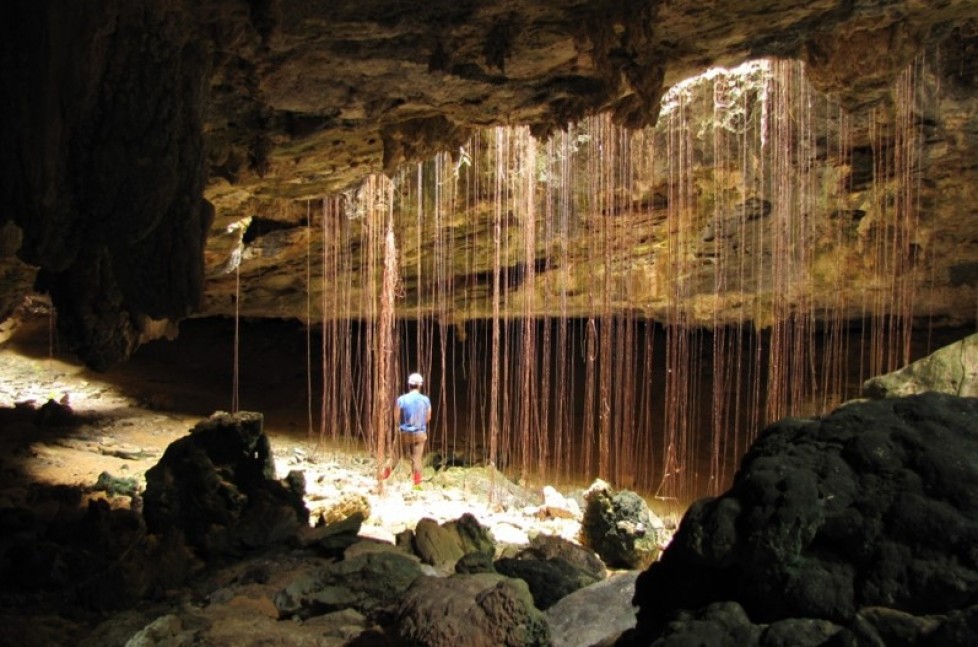 It is estimated that Brazilian karstic areas make up about 200 thousand km2. The Caves, one of the main components of karstic relief, are an important window for performing biological studies in hipogen environments. In Rio Grande do Norte 563cavities  are known, of which 476 are located in the municipalities of Baraúna, Felipe Guerra, Governor Dix-Sept Rosado, Apodi and Mossoró, in the west of the state. However, like the rest of the country, the cave fauna of the RN is still poorly known. This study used data from invertebrate collections made in 47 caves and aimed to analyze the effect of environmental changes between dry and rainy seasons in the cave invertebrate communities, characterize these communities and evaluate the relationships between biotic and morphological parameters of caves and the environment and to define priority areas for the conservation of cave environments of the study area starting from biotic parameters. We found strong effects on cave invertebrate community structure according to environmental changes between seasons, with values of total richness, abundance, diversity and ecological complexity significantly higher in the rainy season. It was possible to evaluate how the morphology of the cave and the external environmental variables influence the biotic variables of the system, so that the variety of resources, forest cover in the surroundings, the area of the cave and its inputs were the variables that best explained the cave invertebrate community structures in the region. We found high values of the total invertebrate (44.21 ± 19.76 spp / cave) and troglobitic species richness (62 species, averaging 1.66 ± 2.45 spp / cave) and, as to the biological relevance of the area in the national context and imminent existing anthropogenic pressures, three priority areas were defined for regional cave biodiversity conservation actions.