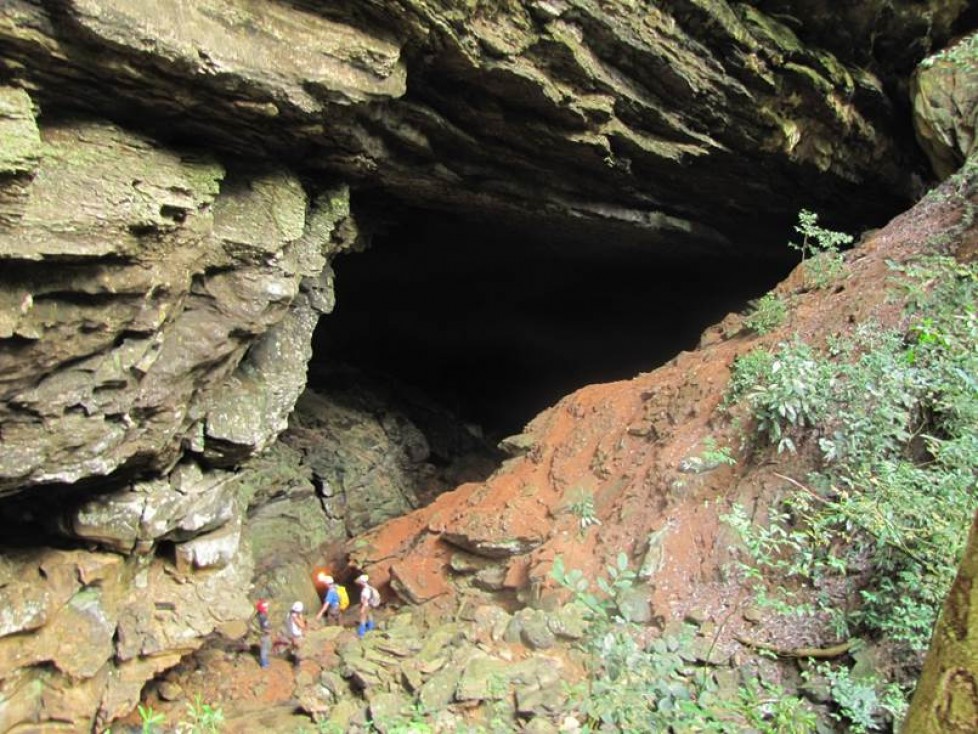 The karstic region Cordisburgo (Minas Gerais) has great scientific importance in the  national context due to speleological and paleontological discoveries made by Danish naturalist Peter Wilhelm Lund. Among the caves of the region, the Maquiné Grotto deserves attention, whose tourist exploitation has occurred since 1908. In 1967 the  tourism infrastructure that included stairs, changes in flooring and lighting was created. Since then, numerous events have generated impacts on the biological system of the cavity. Despite the great historical and cultural importance, little is known about the biology of this subterranean region. Thus, the present study aimed to characterize the community of invertebrates associated with caves in this region and detect major threat incidents, creating proposals for conservation and management. Due to the heavy tourist use of Maquiné Grotto, more specific recommendations on the biological management in this cavity were prepared. 15 caves were sampled in this municipality obtaining data  on total richness, troglobite richness, diversity and similarity among the caverns. A total of  751 species, among which 39 are troglomorphic, were found. An average richness of 80 species per cavity and a ratio of 2.6 troglomorphic species per cave was observed. The average diversity of caves sampled was 2.52. The caves did not show a clear  grouping with respect to similarity. The total species richness was higher in caves with the presence of water bodies and troglobite richness and total richness of the caves were significantly correlated to the width of the entrances, the number of entrances and the horizontal projection. The Morena and Maquiné caves were classified as having an extreme degree of vulnerability and therefore priorities for conservation in the Cordisburgo region. For the Maquine Grotto, which is already within a conservation area, we suggest the implementation of a biological management plan. In general, invertebrates distribute themselves, preferentially, through touristy parts of this cavity, the areas where visitation is restricted being relatively sparsely populated. Thus, we suggest the creation of "migration corridors" in order to target the populations present in these sites toward unvisited cave regions. Furthermore, it is suggested that the region of the entrance be maintained as close as possible to its original condition to facilitate the establishment of para-epigean communities. An essential measure for the region would be the creation of other conservation units to preserve the Grotto of Morena and other cavities with high vulnerability and extreme biological relevance.