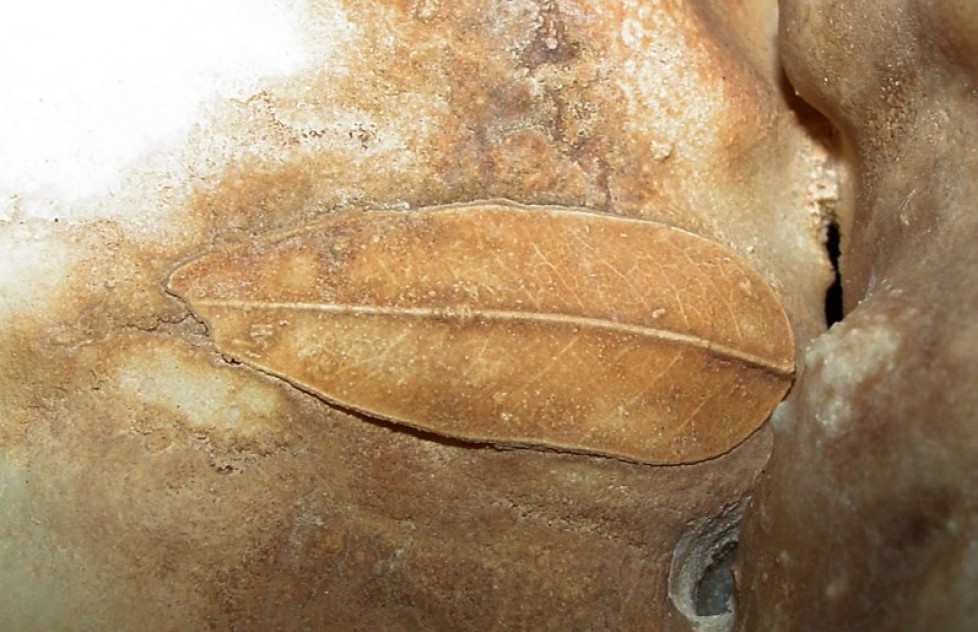 Fossil assemblages found in caves archive important environmental information about the recent past of the area to which they are associated. In the karstic canyon of  the Peruaçu river valley, Parque Nacional Cavernas do Peruaçu, Minas Gerais, organic deposits suggest the occurrence of large floods due to natural barriers in the river bed. This dissertation aimed to investigate the fossil assemblages mainly present in Lapa do Carlúcio and outline the material importation and deposition events. We intended to understand the ecological and environmental consequences of natural barriers in the Peruaçu river valley, based on the analysis of past events, predicting the effect of future occurrences. For that, the entire fossil assemblage found in the Lapa do Carlúcio was inventoried and mapped. Representative occurrences were contoured in relation to the Peruaçu river level, measured in July 2007 and three samples were dated using carbon-14 techniques in the remains and uranium series in the calcite layers that covered two of these pieces. With geoprocessing  programs, the highest deposition level found was represented in the current relief, having as barrier axis the Lapas do Brejal, Arco do André and Janelão, interpreted as environments more favorable to collapse. Soil use bases, phytogeography and infrastructure guided the interpretation of the scope of future events in natural and anthropic areas of the park. A total of 1,479 subfossil occurrences were found in Lapa do Carlúcio, the great majority being related to land snail shells of the Megalobulimidae and Bulimulidae families.The occurrence of 20 bones, 57 plant  and 4 carbon deposition sites, a small coconut and a corn cob were cataloged. The ages found were 1.630 +/- 50 BP (before the present) years for a sample of trunk, 3,050 +/- 50 BP years for a Megalobulimus shell and 1758.47 +/- 430.5 BP years for its calcite cover, 9,380 +/- 40 BP years for another Megalobulimus shell and 8108.48 +/- 49.0 BP years for its calcite cover. These ages suggest the occurrence of at least two material importation events to Lapa do Carlúcio. The minimum reach of floods of 19.6 feet above drainage, found for the maximum fossil occurrence in the Lapa do Carlúcio, was extrapolated for the relief of the areas upstream from the Brejal, Arco do André and Janelão caves. In the case of these future barriers, the area loss would essentially reach the primary vegetation of the Arboreal Flood Community, Deciduous Seasonal Forest and the Closed Wooded Savanna formations. Infrastructure directed toward public use, research, control and management of protected areas such as roads, trails and support centers would also be affected. The results allowed to generate assistance for predicting impacts of barriers along the Peruaçu river, an area whose natural propensity to degredation have recently been exacerbated by the occurrence of earthquakes.