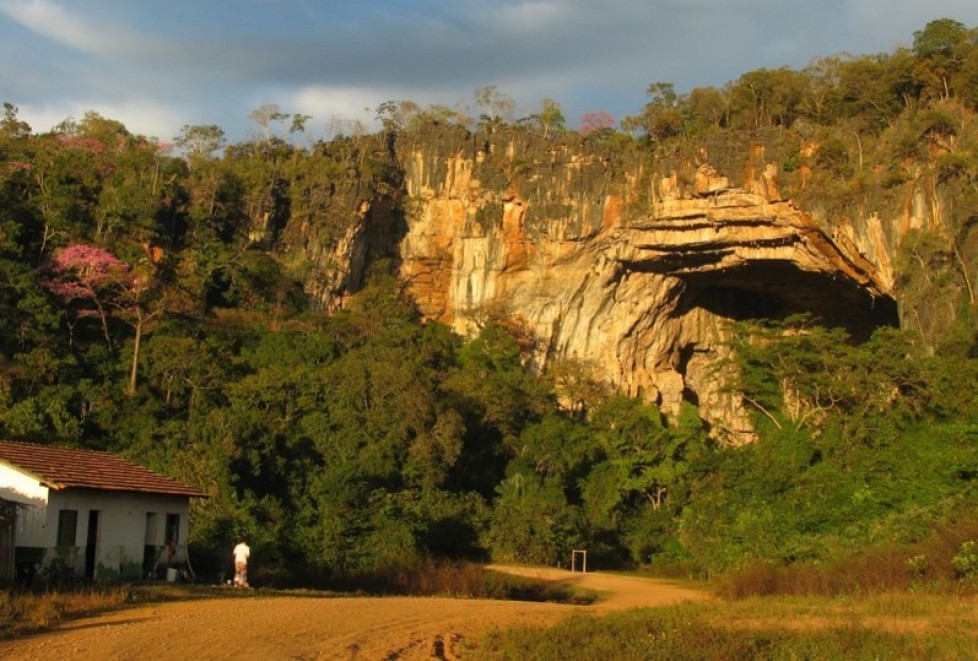 Various ecological research works concerning Brazilian cave invertebrates have been conducted mostly in limestone caves. However, those studies did not focus on the role of detritus availability and decomposition on invertebrate communities. Ecological research conducted in caves from other regions of the world have approached only the organic decomposition in aquatic environments. We studied the availability and consumption of animal and vegetal detritus by cave invertebrates, characterizing primary and secondary production, allochtonous detritus importation rates, detritus breakdown and the structure of mesofauna scavengers in the limestone cave “Lapa da Córrego dos Porcos” (LCP), Damianópolis, Goiás, Brazil. The water of the stream carries large amounts of plant detritus to this cave. Leaves and trunks were moved only by the action of intense water flows. In comparison with the rainy season, a lower amount of organic material was imported in the dry season. However, in the rainy season water flows washed away all the deposited organic material. Consequently, detritus accumulated on the hypogean stream sediments in the dry season. These flood pulses washed the stored detritus and disrupted decomposition. When the flows stopped, detritus is stored again and decomposition restarted. Submerged roots are food and microhabitats for the aquatic invertebrates. The rapid breakdown of litterbag detritus in the water may be due mainly to the abrasive force of the water flow. The low decomposition rates of experimental plant detritus in the terrestrial cave environment can be related to the unfavorable conditions of temperature and to the low humidity of the floor. In the terrestrial environment bat feces were the main food for invertebrates. The bat guano influences the composition, distribution and abundance of terrestrial invertebrates. Physical and biological processes of production and transport of detritus control the invertebrate community structure  in LCP. In such caves, flooding affects the community structure by acting directly upon food availability. However, the submerged roots in the hypogean stream shelter and feed many species of aquatic invertebrates.