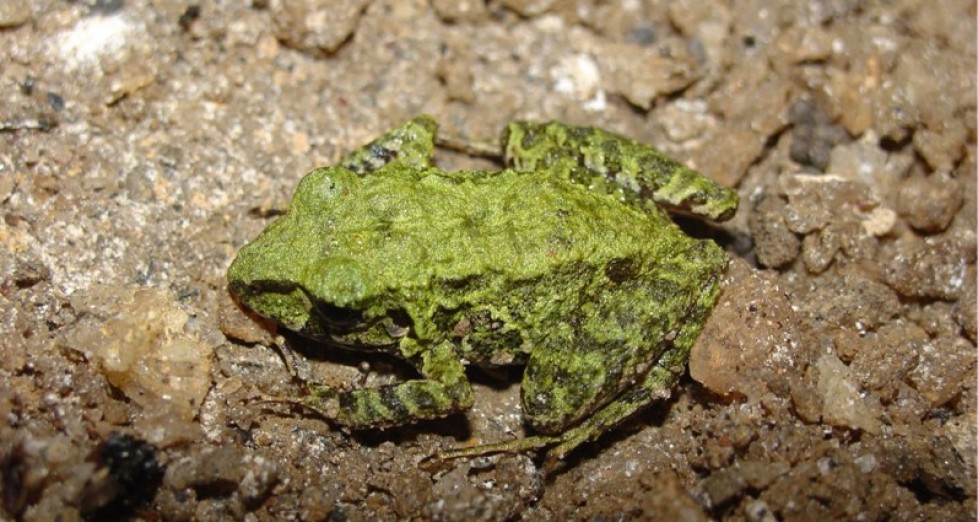 Brazil has the greatest diversity of anuran amphibians and also one of the largest speleological heritages of the world. However, information about the frogs in Brazilian caves, including different biomes and lithologies is scarce. In this study 223 caves in four biomes in seven states and eleven lithologies were sampled. To determine the composition of frogs (presence / absence), a single sampling event was performed in every cave in the period from1999-2011, following acoustic and visual survey methods. 54 species were recorded in 11 families and 18 genera. The caves inserted in the Amazon showed the greatest richness, followed by caves in the Cerrado, Caatinga and Atlantic Forest. The ferruginous caves showed the greatest number of species, followed by limestone, sandstone, quartzite, granite, marble and conglomeratic. The frogs are very diversified in Brazilian caves. Leiuperidae showed the highest species richness and Scinax fuscovarius had the highest occurrence in caves. Immature forms and tadpoles were also registered inside the caves, suggest that not all species are accidental, and that some species may be using these environments as shelter, protection, food and reproduction.