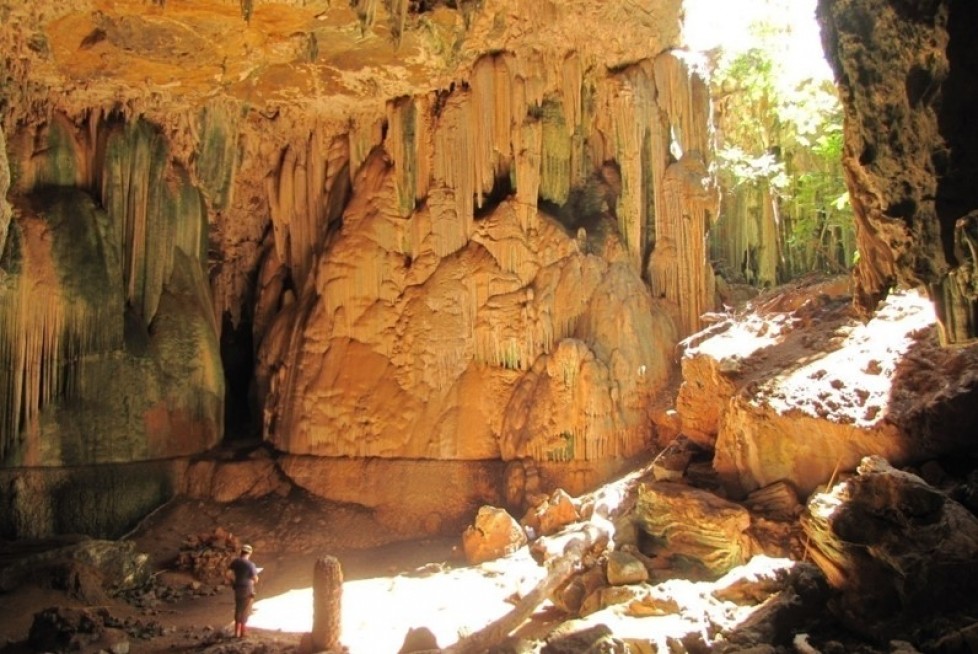 After the Atlantic Forest, the Cerrado, is considered one of the world's hotspots for biodiversity conservation. In addition to the diverse external physiognomies, this biome has numerous caves, which comprise one of the lesser known "compartments" of such a system. Unfortunately, the economic occupation of the Cerrado has been performed improperly, and without planning, and this biome has undergone major changes primarily as a result of activities undertaken by agribusiness. Such interference, in general, reflects directly on the caves and may cause serious damage to subterranean populations, especially when they are highly endemic troglobitic species. In Brazil, research regarding cave environments initiated in the 80s. However, only a few areas in the states of Paraná, São Paulo, Minas Gerais and Bahia have more extensive biospeleological surveys. In this perspective, this project aims to operate in a region with great biospeleological potential, performing a survey of subterranean fauna of the Brazilian Cerrado, enabling to point to the focus of higher endemism and diversity of the region. With this project we will be obtained data on richness, diversity, distribution and endemism of the fauna associated with caves inserted in the Brazilian Cerrado. In order to appraise the value of the cavities studied, the assessment of impacts and the structure of biological communities will be conducted using distinct tools: total species richness and relative species richness, the presence of troglomorphic populations, the degree of impacts and conservation status of each cave. From the overlap of these data priority areas will be proposed for the conservation of subterranean biota present in the Cerrado. Adding to the data that will be obtained in this project with those from two other projects that have used the same methodology for identifying priority areas for conservation of subterranean biota of the Atlantic Forest and Caatinga, we expect to obtain a broad overview of subterranean diversity of these three biomes, besides gaining evidence of some general patterns of community structure and evolution of taxa associated with these caves of important Brazilian biomes.