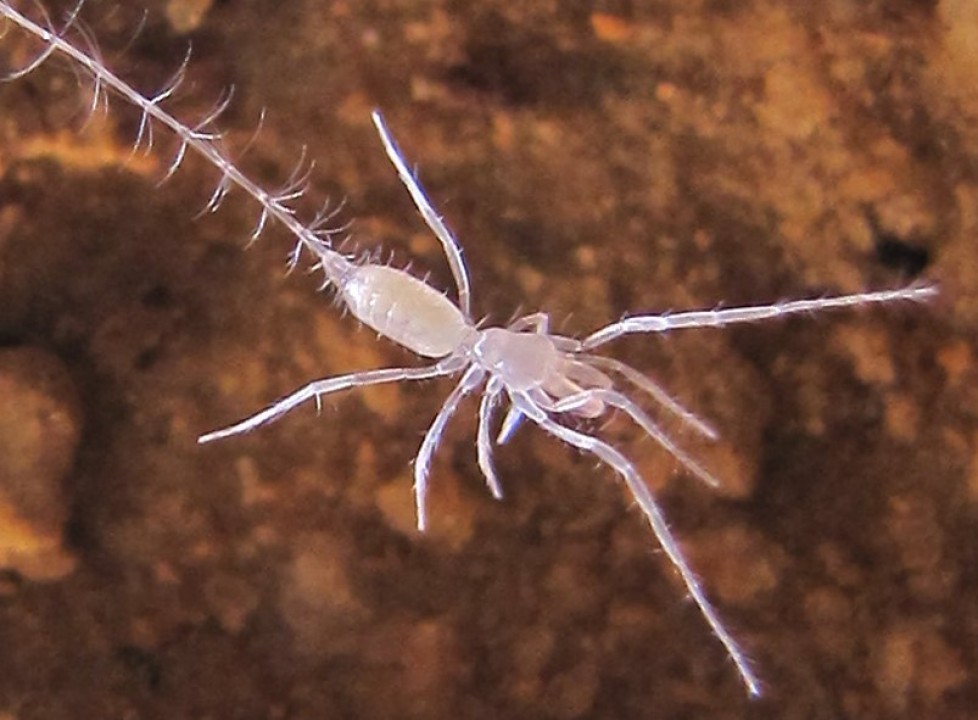 The Palpigradi order in Brazil, so far, is represented by ten species: eight belonging to the genus Eukoenenia distributed in the states of Minas Gerais, Amazonas, Rio de Janeiro, Espírito Santo and Rio Grande do Norte, and two belonging to the genus Leptokoenenia occurring in the state of Pará. Although taxonomic studies on these arachnids have been intensified in recent years, there are still large gaps related to knowledge of palpigrades. Until recently, these organisms were considered rare, probably due to neglect regarding studies of their natural habitats. However, samples taken in recent years in caves revealed that palpigrades are widely distributed in various regions of the country. Many of these species are new and are in the description process, some of them show troglomorphic features and are restricted to a single cave. Other relevant issues related to geographical distribution, endemism and morphological responses to different types of environments still remain completely unknown. Thus, during the completion of this project, we intend to use the Palpigradi specimens deposited in Brazilian collections (Subterranean Invertebrate Collection of Lavras, USP Museum of Zoology, National Institute for Amazonian Research) to investigate issues related to taxonomy, phylogeny, biogeography and ecomorphology of these arachnids. With this data, we expect to identify important regions of endemism for conservation of the group and of the caves in which these organisms occur.