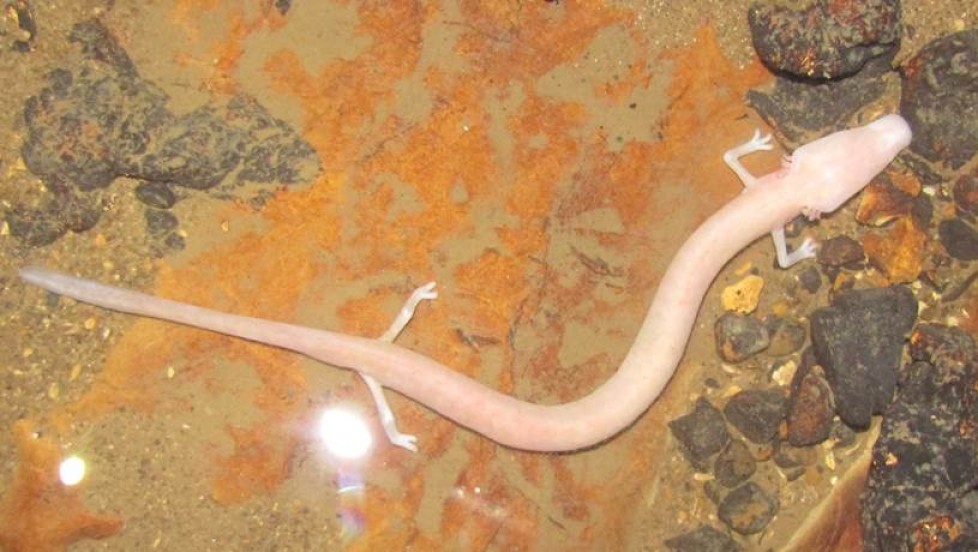 Subterranean habitats often harbor unique species, specialized to group of unusual environmental conditions, which include the permanent absence of light and little pronounced environmental variation. The composition of the subterranean fauna may be an important indicator of the quality of subterranean water as well as the subterranean habitats, themselves, as a whole. However, on a global scale, the general patterns of subterranean biodiversity are different. The Slovenian karst, located in the temperate region, comprises the main hotspot of subterranean biodiversity in the world. Although continuous biospeleological studies have been developed in the region since the early 1830s, new species are still being discovered and described. On the other hand, the reality is different from Brazil, especially with regard to the level of knowledge on the subterranean fauna. Although until a few years ago just over 130 troglobitic species were known in the country, surveys in different areas of Brazil in recent years have revealed a large number of troglobitic species, almost all belonging to new species, genera and families. For decades, researchers believed the Neotropics would house few troglobite species, mainly due to lower climatic severity in the tropics during the Last Glacial Maximum compared to temperate regions. The main models that assume isolation and evolution of species in subterranean environments are based on these climate changes during the Glacial Maximums. However, the large amount of species discovered in Brazilian caves, especially in last 5 years, many of which with high troglomorphism, indicate that climate changes in the Neotropics, even if not as severe as in temperate regions, also led to isolation of many lineages in the subterranean environment. In addition, other isolation or speciation (parapatric speciation, introgression and oceanic regressions) mechanisms may also have contributed to the evolution of many subterranean lineages in Brazil. Finally, comparing the subterranean fauna of these two countries, the already established subterranean biodiversity hotspot (Slovenia) with the surprisingly rich "emergent" troglobite fauna of Brazil, there are many challenging issues to be addressed. Among them, we highlight the major impact occurring in the external systems that threaten the quality of subterranean habitats. Such impacts require emergency actions that reduce the effects of external changes on the subterranean systems. Brazil, which still presents an extreme level of ignorance about the subterranean fauna, as well as Slovenia, which has a remarkable knowledge of the hypogean fauna (as a clear function of  the biospeleological maturity in the country associated with the small size of its territory compared to Brazil) should pay extreme attention with respect to threats to the subterranean habitats. Many of these threats are in full development and the level of destruction in certain cases (such as mining and road construction) is huge. Comprehensive knowledge of the subterranean environment is the basis for raising awareness of the population about the richness and diversity of species associated with these environments, as well as their vulnerability. This project aims to compare the threats to subterranean habitats as well as evaluate the protection systems in effect in both countries (the existing legislation and the way it is implemented in each country), relating these aspects to the data on subterranean biodiversity. The study will be developed using two systems of high biospeleological relevance (the Areias system in Brazil and the Postojna-Planina system in Slovenia) to be compared in order to evaluate the status of troglobitic species present and relate this status to the water quality in each system. The Areias system consists of three caves with perennial hypogean drainage (Upper Areias cave, Laboratory Grotto and Lower Areias) having 22 troglobitic / troglomorphic species in aquatic and terrestrial habitats. The Postojna-Planina system comprises a hypogean river (Pivka river), approximately 30 km long with over 130 species of troglobitic animals described. To elucidate gaps in knowledge and subterranean biodiversity patterns in Brazil, information from the biospeleological collection of  the Federal University of Lavras, which includes georeferenced information of over 700 caves sampled since 1999 in caves of the Atlantic Forest, Cerrado, Caatinga and Amazon will be used. Invertebrate specimens are deposited in the collection of the Zoology Sector, Department of Biology, Federal University of Lavras. The cooperative project will enable the contextualization of the caves in relation to the conservation condition of their surroundings, enabling to propose guidelines for those most threatened due to the presence of restricted species, the loss of vegetation cover from their surroundings, visitation frequency and other anthropic impacts. The availability of biological data will be critical in developing strategies for the protection of the caves, including subterranean wildlife and water, and its availability in the form of scientific articles. Additionally, with the data obtained from this project we expect to obtain a broad overview of the subterranean diversity of these two countries, besides giving evidence of some general patterns of community structure and evolution of taxa  associated with these caves, important centers of subterranean endemism.