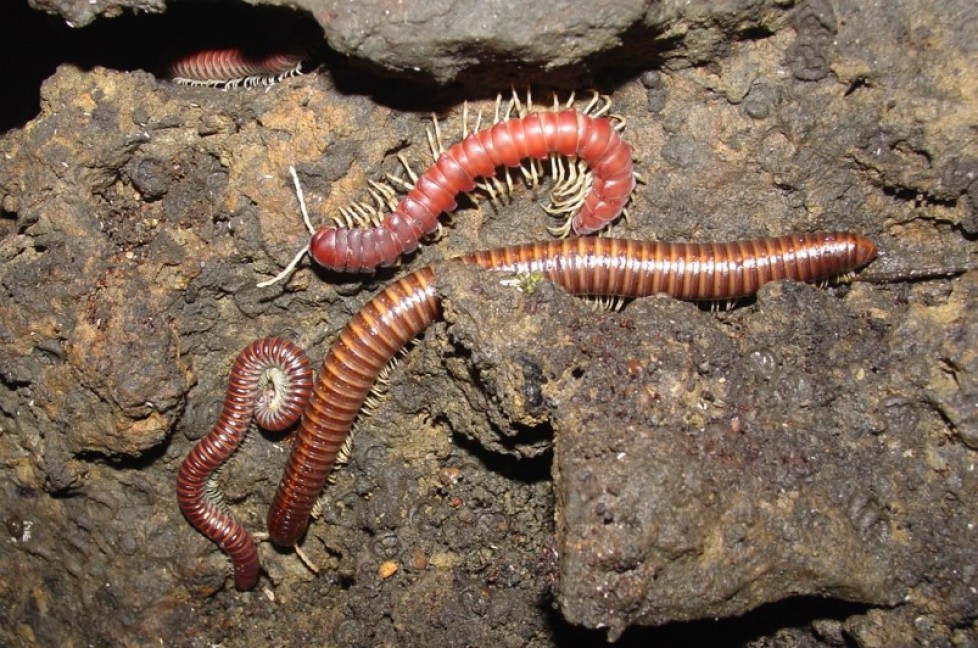 The class Diplopoda, represents the class of greatest diversity and distribution within the subphylum Myriapoda, with about 10,000 described species and richness estimates of up to 80 thousand species. The class is subdivided into 16 orders, with only 6 not found in Brazil. Orders such as Spirostreptida, Spirobolida and Polydesmida are widely distributed in the country and often found in caves. Among these, we highlight some important groups such as the families Pseudonannolenidae and Spirostreptidae, representing much of the diversity found in Spirostreptida, and the family Rhinocricidae as the primary for Spirobolida order in the country. In relation to these families, there is still little knowledge as to their richness in Brazil, mainly on their biology in cave environments, with few known troglobitic species. Thus, studies on them become extremely important to gain real understanding of their diversity and assist in the preservation of Brazilian caves.