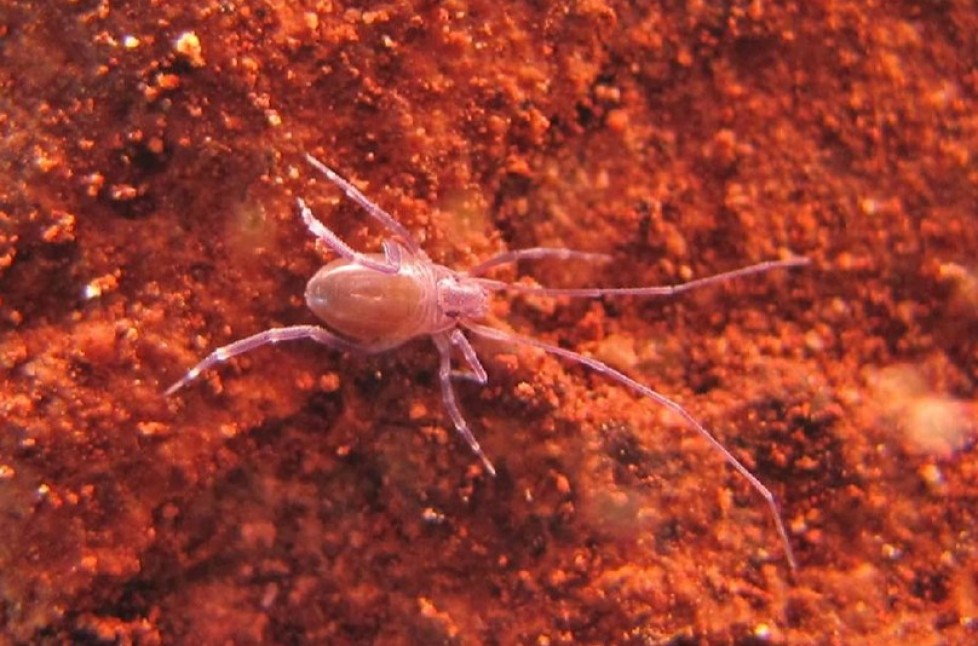 The Opilioacariformes comprise one of the orders of mites with one of the lowest numbers of described species and currently just one family is known (Opilioacaridae) with a total of 11 genera, 33 species and one sub-species living, plus two fossil species. Even with the small number of officially described species, geographical distribution of these mites is broad, extending to all continents except Antarctica. Currently these mites can be found in 22 countries (United States, Mexico, Cuba, Nicaragua, Panama, Venezuela, Brazil, Argentina, Uruguay, Italy, Greece, Ivory Coast, Algeria, Angola, Gabon, Madagascar, Tanzania, South Africa , Yemen, Kazakhstan, India, Thailand and Australia). Nine of the 11 known genera of Opilioacarida are present in the Old World, however it is the American continent that has the highest number of described species, with a total of 16 species and one subspecies belonging to the genus Neocarus (11 spp.) and Caribeacarus (3 spp.). Mexico is the country with the largest number of species, having been described five species and one subspecies so far. In Brazil, research on these mites is still in the early stages, and currently only 3 described species are known. However, at least 16 other species have been registered, but still remain under description. Thus the main objective of this project is to describe species that are not officially known to science and try to understand how the colonization and speciation of the group of species that are currently on the American continent came about.